CK Walker Ltd consists of a team of competent, committed, experienced and Award Winning employees. Allow us to introduce them to you on this page. 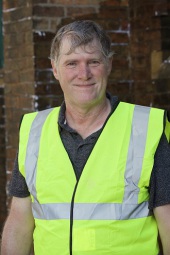 Chris has over 35 years of plastering and damp proofing experience.

He started off completing a 5 year plastering apprenticeship after leaving school. He then moved on and completed 10 years working for Erewash Borough Council as a Plasterer. Whilst working with the council he was trained in the areas of damp proofing and timber treatment.

In 1991 Chris then became self-employed and set up his own business. 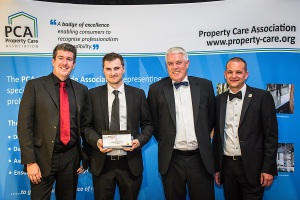 In the early years Paul completed an apprenticeship in plastering and is NVQ Level 2 Qualified.

Both of these are nationally recognised professional qualifications within the industry.

As we now undertake a lot of ventilation installations for solving condensation problems, Paul has also undertaken further training and holds the following qualifications.

Currently Paul is working towards a HNC in Construction & the Built Environment at Derby College.

Awarded 'Highly Commended Employee of the Year' at the Property Care Association 2015 Awards.

Winner of 'Technician of the Year (Structural Waterproofing)' at the Property care Association 2018 Awards. 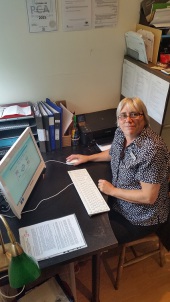 Julie has been running the office since 1991.

A lot has changed over the years and running the office has become a lot more complex as the business has grown. Julie deals with the administration and initial customer service side of the company.

Julie has a large amount of experience running offices and this shows in the way our office is run.

David has been with our company since the summer of 2015.

For the previous two years, he had been at Derby College undertaking a plastering and bricklaying course.

In 2017, David completed his appreticeship and qualified as an NVQ Level 2 Plasterer.

David has also passed an examination to gain the qualification PCAQT (Property Care Association Qualified Technician) in the area of damp and timber treaments.

In 2018 David gained the following electrical qualifications: These qualifications were undertaken in order to assist with the installation of our ventilation systems.

In this busy year, he has also completed a carpentry and bricklaying course to add to his existing skills.

Awarded 'Highly Commended Employee of the Year' at the Property Care Association Awards 2017.

Winner 'Employee of the Year' at the Property Care Association Awards 2018. Jordan joined our team in January 2019.

He has 3 years previous experience working in the preservation industry and has undertaken carpentry at college.

Jordan is currently working towards an NVQ Level 2 in solid plastering which should be completed very soon. He has also recently qualified as a Property Care Association Qaulified Technician in remedial treatments.

Read about it here.