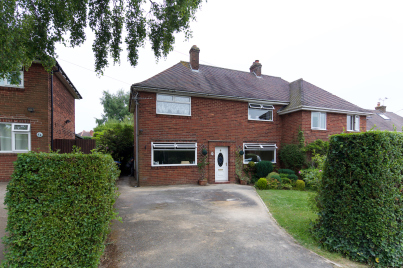 The property requring works is located in Allestree, which is a suburb of Derby.

It is a typical semi-detached house that was built during the 1950s.

It is constructed in brick cavity wall construction and has solid ground floors throughout.

All products used for the works were supplied by Safeguard Europe.They are a UK-based company specialising in providing damp-proofing and waterproofing solutions for the construction industry. Safeguard was established in 1983 to produce products for the refurbishment of existing buildings. 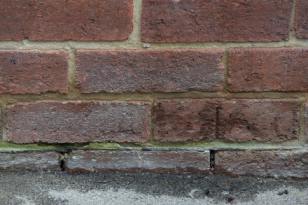 The owners of the property contacted CK Walker Damp & Timbers after finding damp patches along the bottom half of the majority of the ground floor walls. There was also significant salt damage that was spoiling the décor.

Our CSRT surveyor Paul was sent to survey the problem and come up with a suitable solution.

During the survey, Paul found that there was a physical damp proof course (DPC) present in the walls, which would normally stop rising damp from occurring, but it had been bridged in multiple places.

On the external side of the walls, the driveway and pathway level had been raised. This was allowing rain to splash over the level of the DPC. A DPC should be located 150mm above external ground level to prevent this from happening.

There were also other problems occuring internally. The edge of the internal solid concrete floor slightly bridged the original DPC. It was also found that the internal plasterwork was also finished to floor level. All of these defects had led to rising damp and salt contamination, which had caused the plasterwork to perish.

The ideal solution to the situation would be to lower both the external and internal ground floor level. However, this was not possible due to the extremely high cost. The first step CK Walker Damp & Timbers took was to remove the salt-contaminated plaster to a height of 1 metre and install a new DPC at the correct height relative to the ground level.

We used Dryzone injection cream to form the new DPC. The cream is injected into holes drilled at regular intervals on a continuous horizontal mortar course. The water-repellent active ingredient in the cream diffuses along that mortar course before curing to form a barrier to damp. 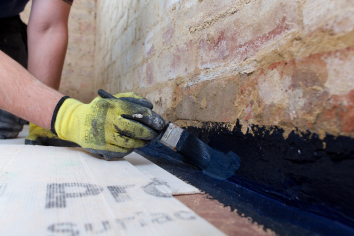 After removing the palsterwork and installing a new DPC It was then necessary to replaster the wall.

Before replastering began, the gap between the floor and the new damp-proof course on the interior side of the wall (Floor/Wall Junction) was coated with Drybase Liquid-Applied DPM to eliminate any bridging of the new plaster coat. The liquid polymer provides a quick-drying barrier to dampness. 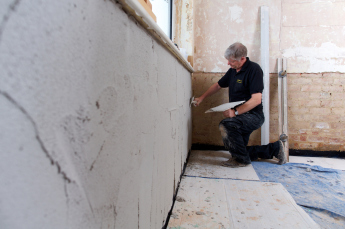 The wall was then replastered using Dryzone Damp-Resistant Plaster.

The plaster has been designed to be breathable, salt proof and also pre-gauged for ease of use.

The resultant plaster surface is warmer and less dense than traditional sand/cement renders. 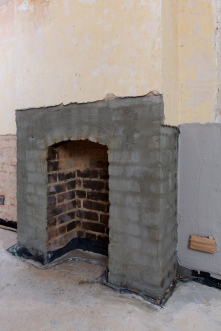 On the fireplace in the Lounge, Vandex BB75 Cementitious Tanking Slurry was used as an undercoat before the application of the damp resistant plaster, providing an extra barrier.

This was done as chimney breasts are often contaminated by salts.

Vandex BB75 forms a strong bond with the surface it is applied to and is able to resist water, even under pressure.

The case study above has been adapted for our website. You can see the original case study on Safeguard Europes Website.